Citizens will rule (through algorithms)

The general public has increasingly greater power to decide what happens in their immediate surroundings. As sensors and apps add massive data collection capacity to urban management systems, people’s interactions, complaints, suggestions and proposals are registered and taken into account.

Algorithms are already being used for improving cities, thanks both to public participation and data collection. Information is analysed to identify patterns using Big Data processes, allowing us to make our cities more comfortable, more environmentally-friendly and more pleasant spaces to live in.

We will give up a certain degree of control to algorithms, and feel relieved because of it

When we talk of machines and giving up control, our minds inevitably think of Terminator and I, Robot. Machines which make our lives impossible, and/or AIs that control us for our own safety. From such a perspective, giving up control seems like a bad thing.

But now think of smartphones today and the vast number of notifications we receive on a daily basis. Email and social networks saturate our time and distract us. Something that Rand Hindi, a scientist, calls technological friction. But we could use an algorithm to let only things we’re interested in get through.

Another example related to giving up a more personal type of control, in this case as regular readers who buy a book every now and then. Until recently, we controlled what to read next by going to a bookshop and buying a book; or asking a relative or friend what they thought we would enjoy reading next, in effect delegating the decision to them.

Today, however, we have other tools available, such as OH!Libro or Goodreads: algorithms which recommend the next book we should read based on books we have liked (or not). Surprisingly, perhaps, these algorithms get it right more times than our friends or families do. 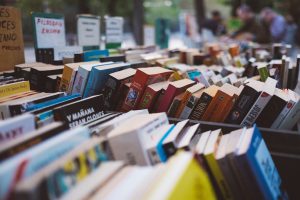 This is the type of control we are increasingly handing over to different virtual machines, but there are other examples.

Now imagine that, as a professional, we need to be informed of new developments in our field of work. For instance, nanotechnology. There are various options available for finding books, articles or even podcasts containing that which we wish to learn, and one of these are algorithms such as Google Alerts. All we need to do is specify the words or groups of words for which we wish to receive alerts and hand over control to an algorithm which will then look for them, saving us a lot of time.

How can algorithms be applied to smart cities for improving quality of life?

Now that we are clear on what an algorithm is (and that it isn’t actually going to kill us all or anything like that), we can focus on how citizens will rule through algorithms, using them to control their cities, either directly or indirectly.

This is probably one of the best-known projects. Decide Madrid is a public Council website  open to all, but which only those registered officially as living in Madrid (listed on the census) can contribute to by providing opinions and suggestions to the City Council.

Websites of this type, which also exist in other Spanish, European and world cities, allow citizens to hold debates, discuss any proposals submitted, vote on them, and, if sufficient support is canvassed for a particular project, present it to the Council for approval and implementation.

In other words, citizens now have a certain degree of control over their city’s budget.

These systems require a technological basis on which to operate, a set of rules and programmes called algorithms which help to manage the websites. All the information collected by these platforms is also important for other uses, as we shall see further on.

Avisos Madrid is a smartphone app that allows citizens to contact the council to report different incidents: whether it is something to do with water quality or blocked drains, street lighting not working, overturned waste containers, dirty streets, etc.

Using reports received from the general public (and a platform managing communication traffic), the Council charts and grades the incidents according to their importance on a map of the city. Where a few years ago we were talking about people’s responsibility regarding separation of waste, perhaps in the future we will be talking about people’s responsibility regarding generation of information.

All of this data not only allows problems arising in the city (such as a blocked drain) to be promptly addressed, but also studies to be carried out on more problematic neighbourhoods with fewer services. For example, a council could modify its waste collection schedules based on historical data of reports of full waste containers.

Budget allocations based on the situation of particular neighbourhoods

Not all neighbourhoods are the same. Their location, population density, levels of income, average level of education or number of parks, among others, are factors which affect inequalities between neighbourhoods.

To tackle these inequalities, a research team from the Carlos III University has developed a ‘tool for analysing the social and economic needs of areas within cities’:

According to José Manuel Molina López, Professor of Computer Science at Carlos III University, the true worth of all these tools will be realised when the opinions of millions of people can be merged in a single tool together with the voices of experts in the field. Does this ring a bell?

A few paragraphs back we mentioned Goodreads and OH!Libro, which are systems based not only on interaction with one reader, but on the opinions of millions of readers at the same time.

Using such tools, where information on council websites (Decide Madrid), notification apps (Avisos Madrid) and other social and economic data are key, differences in quality of life between different neighbourhoods may be reduced and budgets allocated based on difficult-to-see considerations, such as social vulnerability, to mention just one objective.

Algorithms are here to stay, behind every system and app, to channel and put to use the combined opinions of millions of people. Extrapolating this mathematical example, algorithms allow calculation of the average opinion amongst the millions of individual opinions of an entire city, so that councils know in advance what measures citizens expect from them.

In the process, we hand power over to a calculation tool (method, programme, AI or algorithm, depending on the situation), to improve people’s quality of life and empower them. Because citizens will ultimately rule (from the bottom up) by delegating power to algorithms.