Chainmail, from fabric for combat to an element in construction and space protection

Would you be able to tell what Roman armor (lorica hamata), a shop’s shutter door, a butcher’s glove, a wire fence, a spring box, a gabion wall, and safety netting all have in common? It’s actually that they all have chainmail as a base.

The way chainmail from the first century is made and works mechanically speaking is related to some construction and safety elements currently used in such disparate fields as road safety, wall construction, and building at height.

The lorica hamata and the catenary

The lorica hamata was a type of chainmail that was widely used during the Roman Republic. They were made of bronze or iron, two relatively common materials at the time. The lorica hamata‘s design replaced the Greek linothorax armor (literally, “linen breastplate”), which also used metal reinforcements for a critical reason: so a blade could not go through it.

While the linothorax armor included metal parts sewn to flexible yet compact linen armor, the lorica hamata consisted of a shirt made of thousands of metal rings braided together that prevented a blade from passing through it. This is exactly the same mechanism that a butcher’s or fishmonger’s glove uses for when the wearer is cutting pieces in the supermarket. 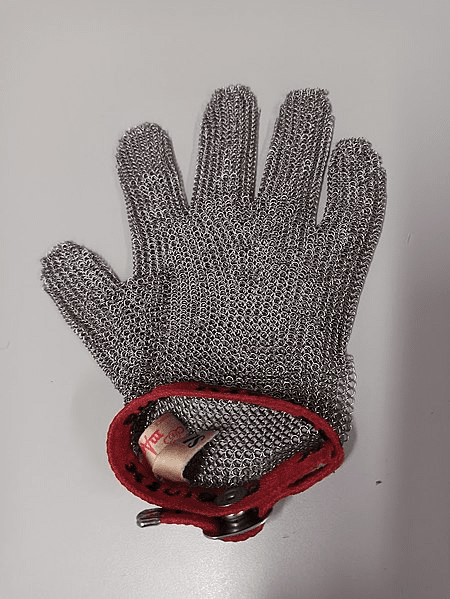 But of course, blades aren’t the only weapon around. A blow from a mace, a hammer, or a mandoble, even if the weapon does not pierce through the chainmail, can cause the combatant serious damage. To prevent this, some chainmail patterns became more advanced over time, especially medieval ones: they added another critical property of distributing forces from impact extraordinarily well.

This property can easily be seen in single and catenary chains – the characteristic curve when a chain is suspended between two points – because the shape the links take on is what best distributes loads. In combat, a blow against the chainmail ‘stretches’ the chainmail in all directions, and this helps to soften some of the kinetic impact. 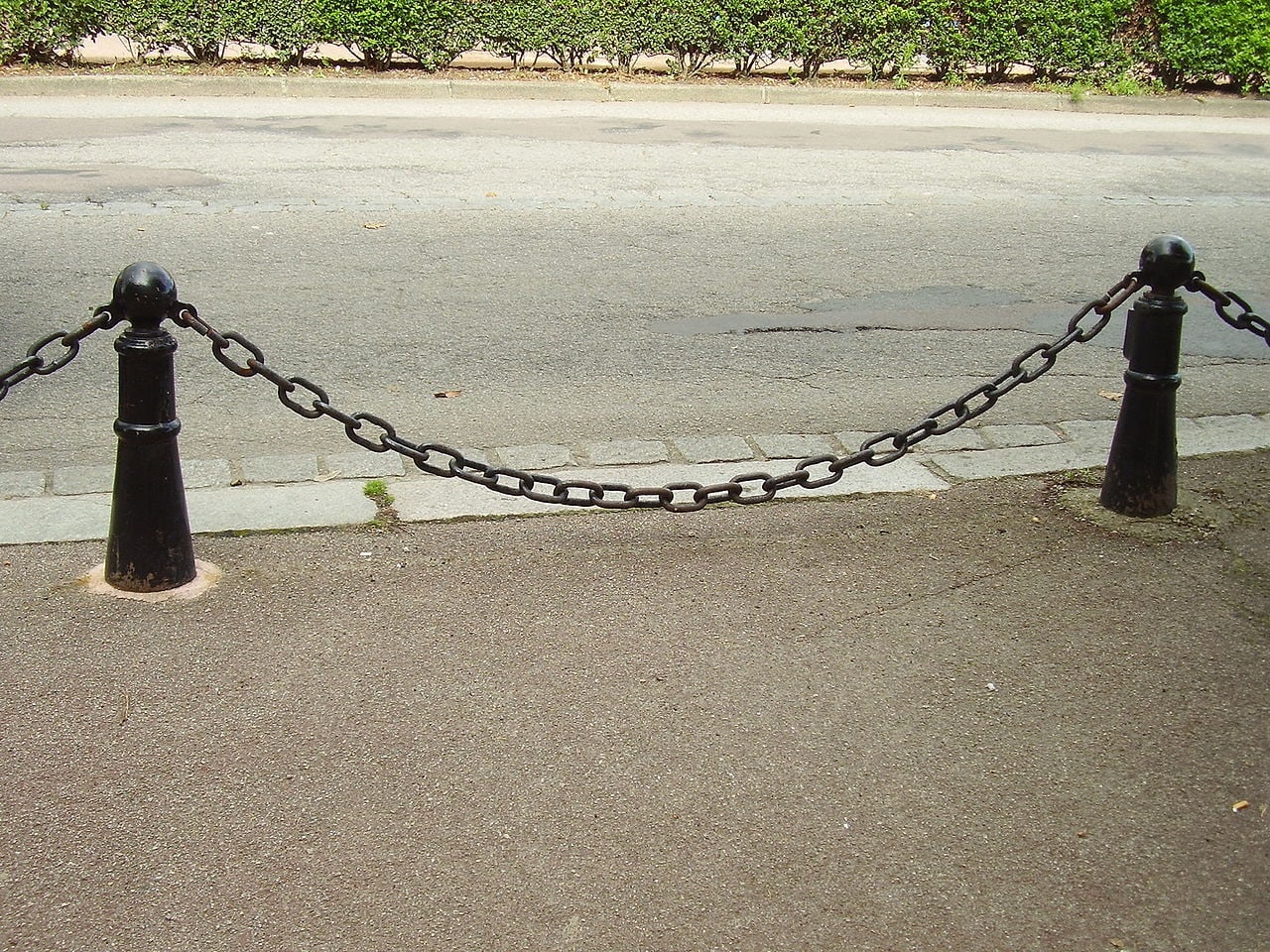 From chainmail to reinforced concrete

Chainmail inspired many designs of what are today commonplace elements. For example, metallic fabric. Unlike chainmail, which consists of wires twisted on themselves to form rings crimped together, metallic fabric is a much more rigid material that is made from perpendicular wires. Puppy, the Guggenheim’s floral mascot, is built on a similar metal mesh.

Combining this with concrete gave rise to the early versions of reinforced concrete, which are much simpler than current types. The first reinforced concrete contained a straight mesh pattern for rebar, though in later designs, a three-dimensional grid began to be used. However, the first designs were quite interesting. Below are the Monier System and Golding System designs:

Although they are considered insufficient today, both designs reinforced concrete with a static chain mail so that it could withstand tensile stresses. The mere fact of putting a metal mesh under the concrete slab increased its resistance. The reason? The mesh acted as the cross catenary, distributing the forces applied to the sides.

Along with the fishermen’s gauntlet, shop shutters are one of the most similar elements to original chainmail that we use today in building. These metal closures work much like medieval chainmail: they absorb impacts. Next time you go by a closed store, you can test this by pushing on the shutters. 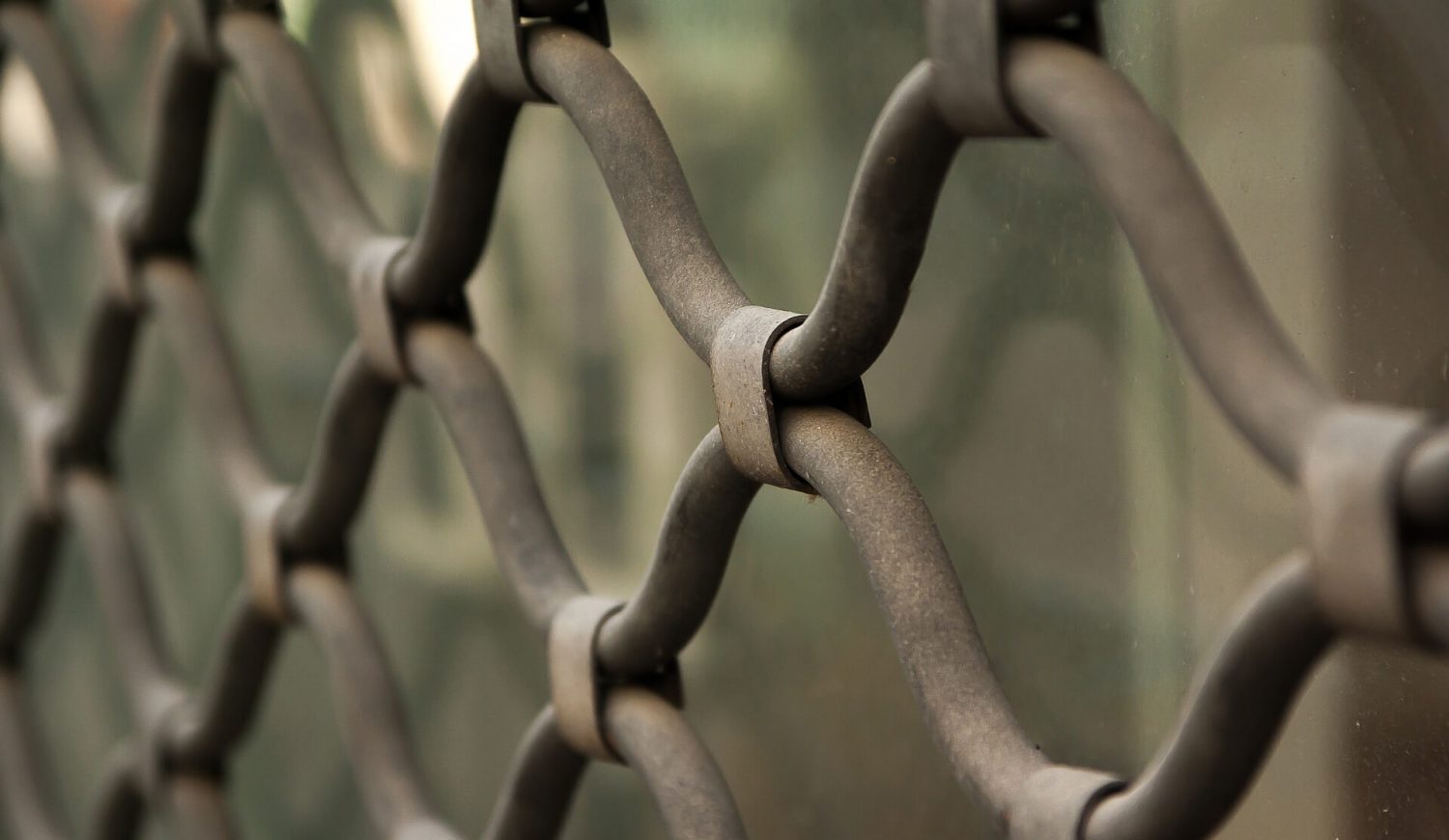 They will move back and forth but not open or move sideways. One interesting exercise is to apply pressure against the metal shutters – for example, leaning with your hands and dropping your bodyweight. This type of closure, made up of curved steel rods, will not budge. Instead, it will change contour to distribute the forces without losing its shape.

One of the most demanding applications of metal tensioning, metallic fabrics, or wire mesh is as safety netting on vertical slopes. This type of construction element acts as a barrier against potential landslides, which are increasingly frequent in arid, degraded areas where vegetation cannot hold the soil in place. This is done by using two different types of techniques. 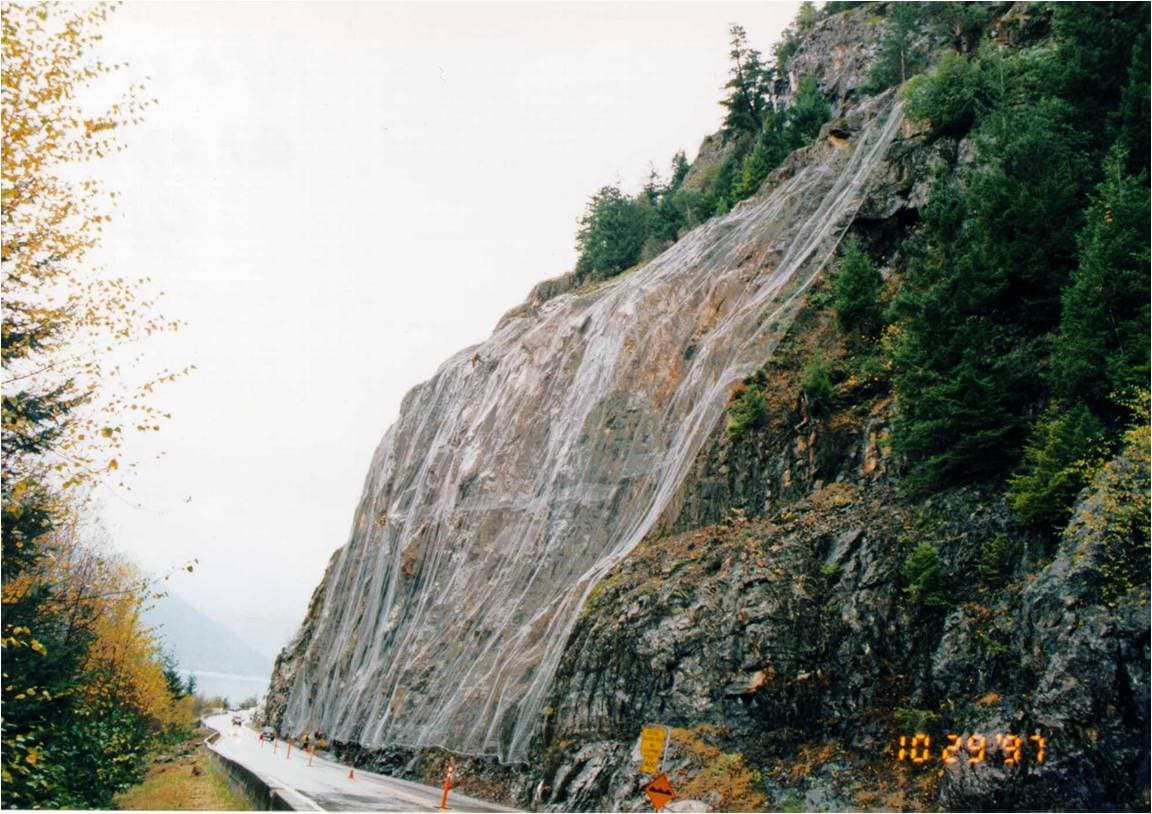 Nets covering slopes. The image above shows a rocky hillside next to a road, and part of that hillside is covered by a metal mesh. By using different anchors that go deep into the rock, this net acts as a stop and prevents the set-up from moving horizontally due to pressure. It’s kind of like what happens in cathedrals, where the walls try to escape ‘outwards’.

Nets that stop rocks. The image below shows a vertical net accompanied by I profiles. This network is braided from different types of subnets of different wire diameters and different distances between wires. This way, the energy absorbed by the whole set-up is maximized, and these networks are designed for rockslides that are higher up. 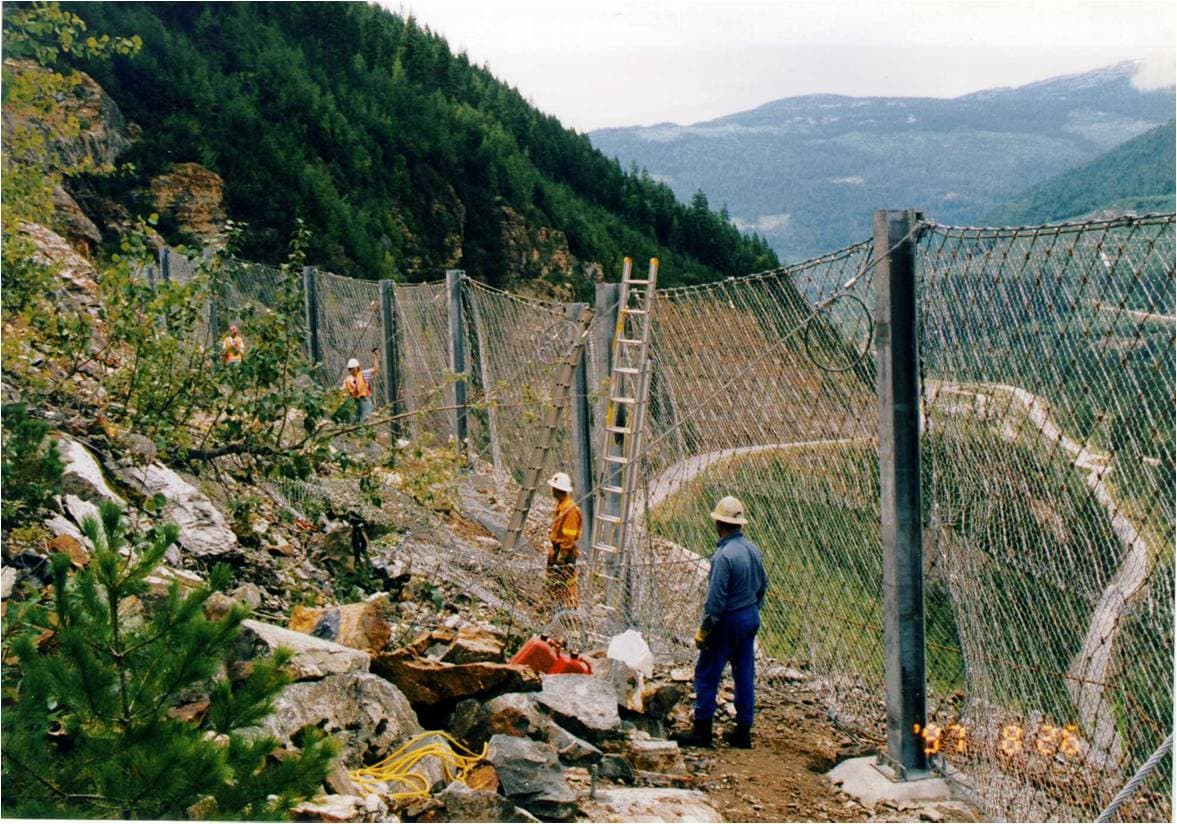 In this second case, the net has to withstand very high acute stresses, given the kinetic energy of rocks when hitting the fence. So they have to be especially good at absorbing those impacts.

Chainmail was one of the most ingenious inventions of antiquity. By using simple materials like copper and grommets, they gave shape to highly resistant pieces whose construction has accompanied us into the present and the future. In fact, in 2017 NASA announced that it would use the chainmail design both in astronaut suits and in rover wheels.