How Guadalajara is fighting against climate change: a case study

Located in the centre of the peninsula and a few kilometres from the capital, Guadalajara is becoming a role model in the fight against climate change. The city has been registered in the Spanish Network of Cities for the Climate since 2007 and, thanks to the different initiatives it is carrying out, will soon be in a position to register its Carbon Footprint in this network.

Recently, Guadalajara also joined the Covenant of Mayors for Climate and Energy , whose signatories agree to reduce CO2 emissions by at least 40% by 2030 and adopt a comprehensive approach to address both the mitigation of climate change and its adaptation.

A necessary prior diagnosis

Guadalajara, within this initiative to support the planet, is preparing to develop a plan, called the Local Climate Change Strategy, and for this has commissioned the CI3 Foundation participated in by Ferrovial, a previous diagnosis with which a Municipal Inventory of GHG emissions has been carried out in the issuing points and sectors considered of interest.

Although the FEMP (Spanish Federation of Municipalities and Provinces) recommends at least the treatment of four issuing centres (transport, residential sector, electricity consumption and waste); the City of Guadalajara has sought to be more ambitious and quantified the main sources from many other sectors, by analysing energy consumption, GHG emission levels, actions already being taken to reduce emissions, the use of renewable energies and generation thereof, and climate risks and their adaptation measures.

After making this diagnosis, the next step for the city of Guadalajara will be the creation of the Local Climate Change Strategy, including its related policies and actions and that will require the involvement and participation of all sectors analysed as well as citizens in general. It should be noted that the strategy will include some other sectors, such as agriculture and livestock, which are significant sources of GHG emissions on part of the municipality of Guadalajara and its districts.

Mitigating the impact of municipal services

The council is aware that certain municipal activities are an important source of greenhouse gas emissions. As much as the majority of the sectors included in this plan are the city’s own urban services.

For example, the water supply, sanitation and purification service‘s main source of GHG is its generating sets (CO2 and CH4) with an annual energy consumption of 2,336.4 Tn eq. CO2.

Public lighting is a very significant source of CO2 in the city of Guadalajara since, in addition to urban lighting, it includes traffic lights and traffic control signals, the CCTV camera system for traffic control, access control on Urban roads and the city’s control centre.

In terms of municipal buildings, the main source of CO2 emissions comes from electricity consumed (3,498 Tn CO2 eq for 87,930 m² audited). This audit was carried out a few years ago but all measures and actions completed have not yet been implemented and the local strategy will be a central element.

In addition to these public buildings, residential households hold significant weight in GHG emissions associated with energy consumption (398,854,478 kWh/year according to IDAE and INE cross-data) and the waste collection and road-cleaning service has its main source emitting in the fleet of vehicles that it uses to be carried out.

Green area per inhabitant (27.05 m² / room) increases quality of life considerably. However, within the Parks and Gardens service, a series of measures will be defined that will result in an efficient use of resources and savings, both energy and financial, to achieve sustainable maintenance of this large green area.

The city of Guadalajara has a complete Sustainable Urban Mobility Plan (PMUS) in which it has been concluded that the main source is movement of the vehicle fleet (85,100 tn CO 2 eq).

The collective urban transport service has as its main source of GHG the vehicles that make up its fleet. Currently, most of these vehicles are CNG, which have significantly reduced the service’s energy and economic consumption. 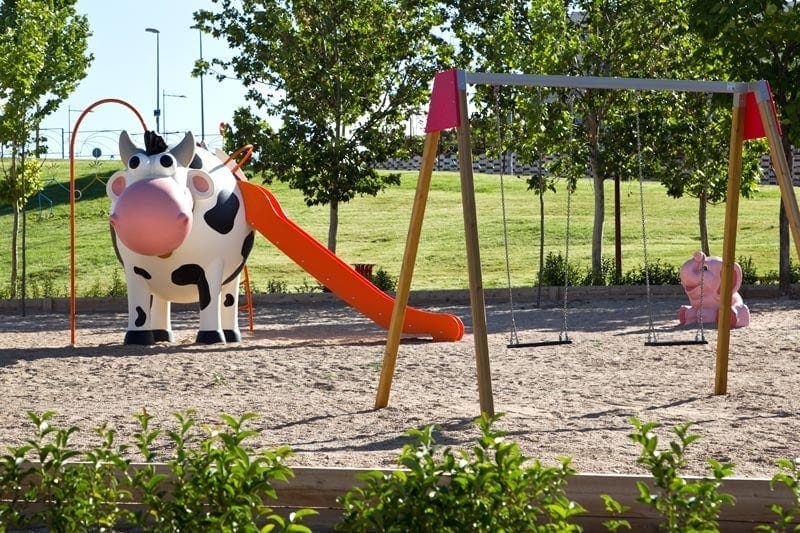 Guadalajara still must define all actions and policies that will constitute the city’s Local Climate Change Strategy. However, until that moment arrives, some actions are already being carried out.

For example, within the water supply, sanitation and purification service, the main step being taken to reduce emissions is the burning of methane (CH4) and its transformation into electrical energy through a cogeneration process which is the source of 30% of total energy consumed at the WWTP (Waste Water Treatment Plant ) in Guadalajara. Furthermore, important activities are being carried out to promote the responsible consumption of water and the use of water from springs and generation of renewable energy from the operation of this service are being considered.

The main mitigation measures of the CO2 emissions associated with the public lighting service have been the incorporation of LED technology in practically all lights and remote control of their brightness. Therefore, the forecast for energy savings at the end of the contract term awarded to Ferrovial Services is estimated at 68.78%   and will have a truly overwhelming environmental impact with an equivalence of over one million trees. City Hall plans to implement the measures incorporated into the public lighting service in other urban infrastructures in order to reduce their energy consumption.

The long path to travel with renewables

With regard to municipal building, the use of renewable energy is minimal and monitoring energy consumption has a significant improvement horizon and therefore will be given special attention during the development of the local strategy. On the other hand, sports, ornamental and monumental facilities will be the subject of future pilot projects to reduce energy consumption.

Among the mitigating measures that can best contribute to achieving the objectives in the residential building sector is the creation of district heating with biomass. It should also be considered that in both single and multi-family homes, consumption of fossil fuels is high and several actions within the strategy will focus on reducing the effect of climate change with the use of alternative energies.

As measures implemented in waste collection and road cleaning services, it is noteworthy that 74% of vehicles use alternative energy and that the machinery used allows reductions in fuel (3-15%), CO2 (5-15%), air polluting gases (NOx), water and noise. It is also important to mention Guadalajara’s work in promoting recycling of waste and the efficient sealing task that has been carried out in the old landfill. 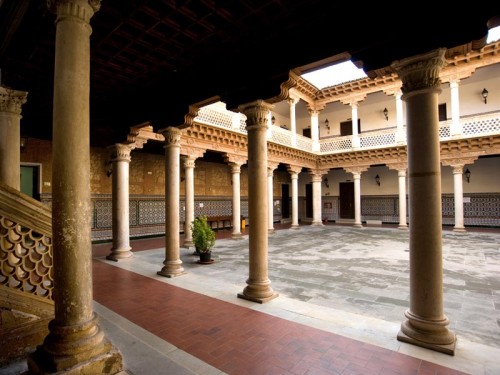 As far as the mobility sector is concerned, a reduction of 10.23% in CO2 emissions by 2021 is estimated, and numerous mitigation actions have already been carried out, such as the creation of new parking spaces, conservation and maintenance of asphalt of numerous streets to reduce noise and absorb pollution – through photo-catalytic tiles – and the improvement of both lighting and accessibility

Finally, in 2016 the impact of the change from diesel vehicles to CNG led to an almost 21% reduction in pollution.

Caring for the environment improves quality of life

Guadalajara’s Local Climate Change Strategy will not only help reduce the impact of climate change but will have important benefits for the city’s environment as a whole and significantly improve the quality of life of its inhabitants .

The main objective of integrated measures in this strategy will be the achievement of sustainable energy consumption, minimizing the use of natural resources, toxic materials and waste emissions, pollutants and greenhouse gases, without putting at risk the needs of future generations.

Although the Council is aware that it is sometimes difficult to take this first step from the city halls, it understands that once it is taken, an infinite number of paths are opened up that lead to a single destination, such as quality of life and well-being of citizens. For this, the inhabitants of the cities play a fundamental role in this process since without public awareness and involvement, nothing would be possible.